The Bank of Monticello
2017 Business of the Year

“Two years ago the Chamber of Commerce started a new tradition by naming a Business of the Year. Our first two recipients Heartland Clinic of Chiropractic and Norton Industries were very excellent choices. They were both new businesses in this community and have contributed a great deal to this county.

“In support of my nomination, I would like to give you a brief history of my nominee.

“On March 22, 1892, a citizens meeting was held at the Jasper County Courthouse in Monticello, Georgia to issue stock at $100 per share, to establish Bank of Monticello. The only bank in the county, the Bank of Monticello became a State Depository in 1894. In 1892, J.H. Kelly was elected Vice-President and Director. His great-grandson, Don B. Kelly, is the current Chairman of the Board, and his great-great grandson, Bruce Kelly, currently serves on the Board of Directors.

“J.H. Kelly, M.S. Benton and Taney 0. Benton were among the directors elected to the First National Bank board. In addition, E. Clyde Kelly, son of J. H. Kelly and Dan Gunn, grandfather of current board member W. Dan Roberts, also served as directors.

“In 1963, First National Bank of Monticello purchased the Hutchinson lot on Greene Street and constructed a new banking facility. The exterior of the building was modeled after Thomas Jefferson’s Monticello home.
“On February 10, 1964, the bank converted from a national bank to a state bank and changed its name to Bank of Monticello.

“In 1996, the Warren Building and the service station lot facing Washington Street were purchased for a new drive-in-facility. In addition, the building on Greene Street was renovated.

“Bank of Monticello continues to grow with dedicated employees and management. It is locally owned and operated and has kept the touch of a hometown bank. Bank of Monticello has continuously supported community events and projects which help to develop our community socially, economically and culturally.

“As you can see from this brief history of the bank, it has always been managed and controlled by Jasper County citizens and it continues that tradition today.”

The guest speaker for the meeting was Beth Eavenson, Region 5 Representative with the Georgia Department of Community Affairs (DCA).
In 2017, Monticello and Jasper County were chosen as a pilot community for a new DCA initiative. The DCA Community Design team came to our community to explore the range of technical expertise that they have to offer. For this pilot program, DCA asked communities to apply and identify an opportunity where DCA’s resources could help the community move in its chosen direction.

Mrs. Eavenson gave a presentation on the findings from the community assistance team’s visit to Monticello and Jasper County this past summer. During the evening the annual meeting attendees had the opportunity to participate by leaving comments on a “planning for our future card” offering goals, visions, ideas, thoughts and suggestions.

“We are proud of the partnership we have with the Georgia Department of Community Affairs and appreciate Beth for speaking at our annual meeting,” said President Pam Mayer. 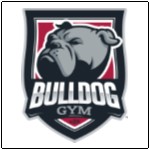