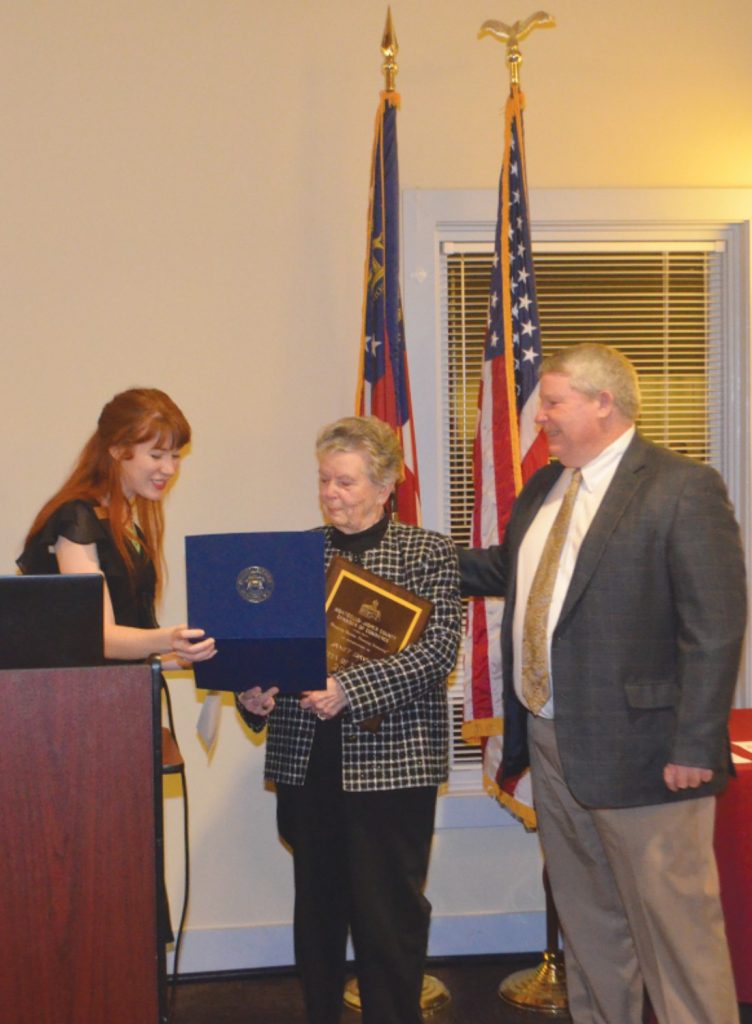 Article by  The Monticello News:

Janet Davis was named Citizen of the Year, and the Bank of Monticello, her employer for many years is Business of the Year. They were named at the Chamber of Commerce annual dinner meeting Tuesday at Charlie Elliott Wildlife Center.

“Miss Janet” as she is known to most everyone is th epitome of a true southern lady, said one of the nominees.

“She is kind, gentle, soft spoken, friendly, helpful, generous, thoughtful, caring, hard working, and always has a positive attitude with a smile for everyone. I have never heard her say an unkind word about anyone.

“She loves her community and has shown it through the years by supporting the many activities and events here. I have known Miss Janet all my life and worked alongside her at the Bank of Monticello. She is definitely revered by anyone who has had the pleasure of knowing her or serving with her in one of her numerous areas of involvement.

“Miss Janet’s son, Tommy, said that even her children do not know everything she has accomplished. I will attempt to mention a few of the things I know or have learned about Miss Janet’s service to our community.”

Miss Janet retired from the Bank of Monticello after 36 years of faithful service, then was hired part time and continues to work today 20 years later.

Mrs. Davis worked several part time jobs over the years, including Jasper Memorial Hospital and several local doctors where she typed medical records. She is a long time active member of Monticello Baptist Church, and has served on many committees. Some of the areas she has served include help prepare food for people with a death in the family, helping count the offering and make deposits, teaching Sunday school, leading the Girls Auxiliary (GA’s), and a choir member for many years.

She has volunteered her service in the Chamber of Commerce to answer phones, greet guests, etc. She also nominated Jack Yearwood for Citizen of the Year, and attended many COC annual meetings.

Mrs. Davis served on the local board for the Department of Family and Children’s Services (DFACS) for many years, and also has provided transportation for persons to their doctor’s appointments, grocery store, or where ever they needed to go when it was needed.

Mrs. Davis also served as a board member of the Jasper County Library and of the local chapter of AARP. She previously served as treasurer at Hunter Pope Country Club.

She served as a chaperone for the youth center that was located behind the old gym behind the old school on College Street (late 1950’s – early 1960’s). She has always been a big supporter of the County Extension Service and its programs.

With everything Mrs. Janet Davis has been’ involved in with the community; you could not find a better ambassador for the COC, Jasper County and the entire region, one nominator said.

Another said, “Janet Davis is one of our citizens who comes in under th radar and seeks to that. Being in the limelight is not one of her goals.

“If we could choose a citizen in our county to be a model of the perfect citizen, it would be Janet.

“All you have to do is to be around her for any length of time and you can watch her do her undercover work—taking people who have no transportation of their own to various places, befriending those who need a friend and companion, and she is always encouraging.”

Mrs. Davis was presented a plaque from the Chamber of Commerce by Don Kelly, Chairman of the Board for the Bank of Monticello. She also received a commendation from the office of Congressman Jody Hice, presented by Carolyn Dallas. 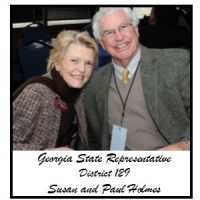