Our History: Jasper County history is recorded as far back as 1632, when traders listed the Seven Islands Crossing on the Ocmulgee River as the place they first traded with the Creek Indians. After the Indians, the first settler was a deer hunter named Newby, who lived in a cabin near the present community of Hillsboro , as early as 1790. In 1790, George Washington met in upstate New York with the Indian tribes east of the Mississippi . Treaties were signed, one bringing the establishment of a stage and mail run across Georgia . This road from Greensboro to Columbus was called the Seven Islands Road . Two of the stagecoach stations on this road were in the present territory of Jasper County 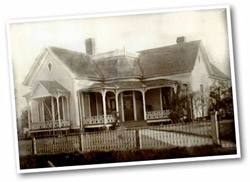 Jasper County was split out of Baldwin County by an act of the Legislature in 1807 and originally named Randolph by the General Assembly. Monticello was laid out and made the county seat in December 1808. Monticello was named after President Thomas Jefferson’s estate in Virginia . In December 1812, the name of the county was changed to Jasper. This was to honor Sergeant William Jasper, a Revolutionary War hero who risked his life to save his country’s flag from the British. He was killed in the attempt during the seige of Savannah .

The land in the country was found to be well adapted to the growth of cotton and corn and rural development was rapid. By 1820, the population had grown to 14,614, and in the 1830s, the county was entitled to one senator and four representatives, and no other county in the state had more. 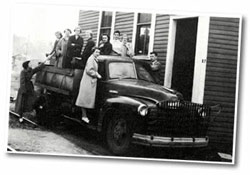 The county furnished men and materials to the Confederate States Army during the Civil War. The Glover Guards and the Jasper Volunteers were two of the major groups. Portions of General Sherman’s Army passed through Jasper County on its march to the sea. Veterans returned to farm and the demand for cotton overseas made it an economic mainstay of the county. By 1910, Jasper County was producing as much as 35,000 bales of cotton per year. The population increased to its highest level in 1910 when the annual census recorded 16,552 inhabitants. But the boll weevil put a halt to the major agriculture product and the population declined. 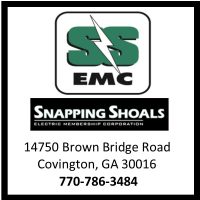